The big bats come alive for Niagara Falls 18U 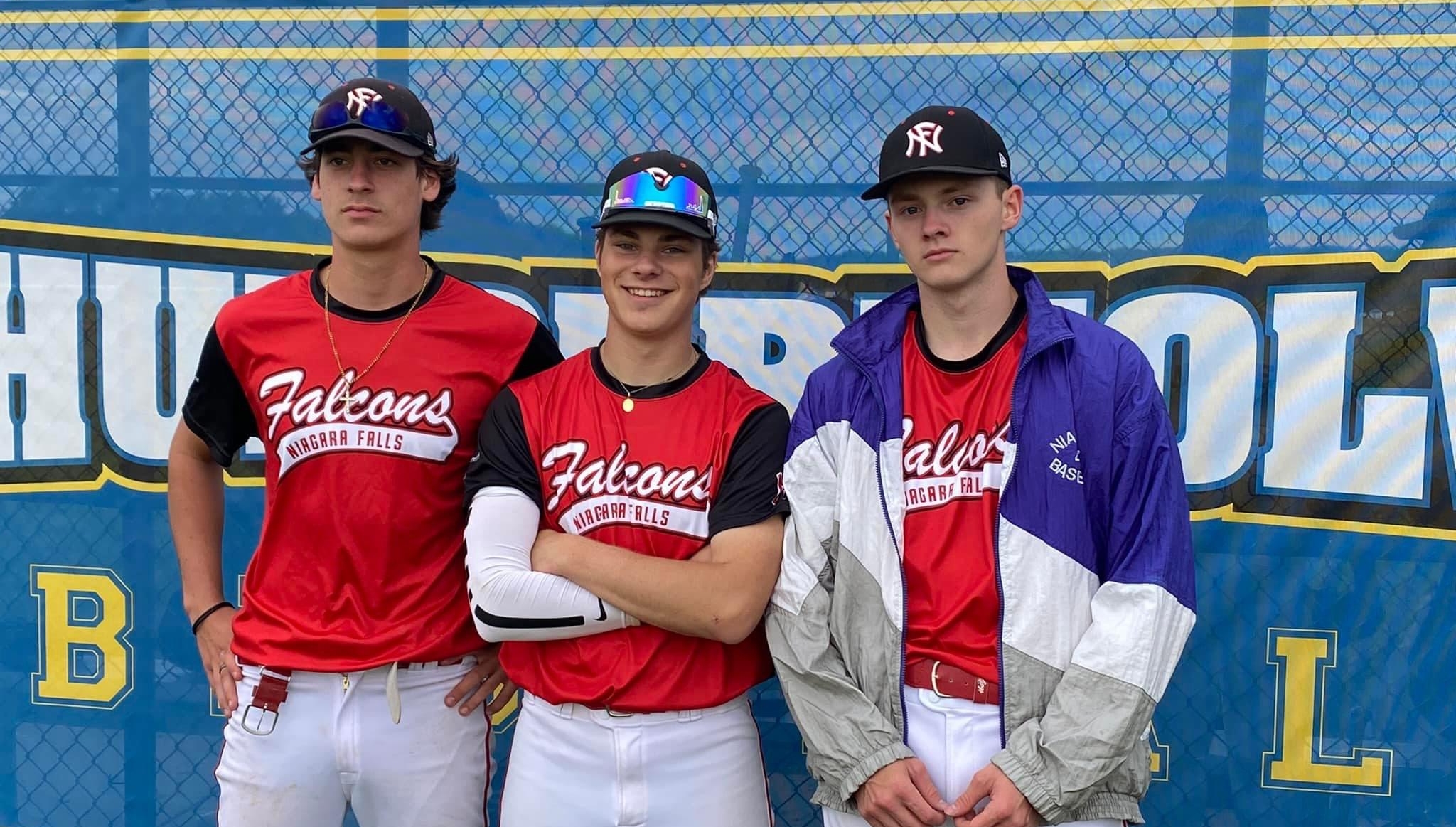 The 18U Falcons participated in the “Battle of the Falls” this past weekend in Niagara Falls, NY which saw (L-R) Wells, Goyetche and Kemp hit home runs in the opening game of the tournament vs MMB Blue Bandits.  Wells and Goyetche hit their first career home runs that lead the Falcons to a 16-5 win.