Falcons 9U Tournament Champions in Brantford 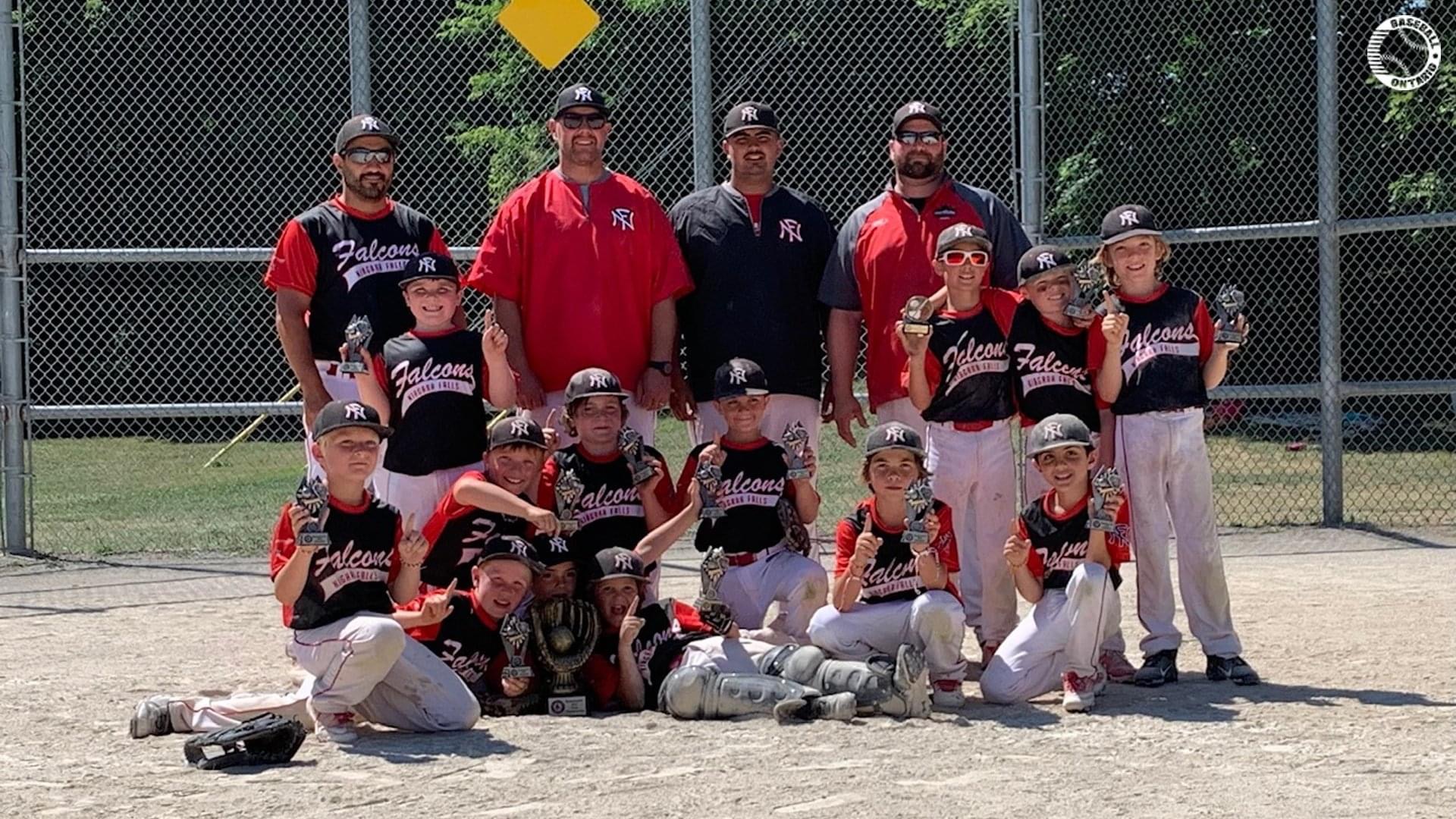 The Niagara Falls Falcons 9U team won their first championship of the year at the 2022 Brantford AA and below tournament this past weekend.  The Falcons dominated their opponents going undefeated with a 5-0 record to secure the championship while only allowing 13 runs in their first four games.  The Falcons faced off against the Brantford Red Sox in the finals, playing a tough match, but walked away with a 17-14 victory.

A big shout out to Josh Etherington who also walked away with the tournament MVP playing stellar defense at shortstop and posting 5 home runs. Additional highlights had Channing Cupolo, Markus Allen, and Giancarlo Montemurro hitting their first home runs of the season.

The players left it all on the field and showed that hard work pays off.  Congratulations to the players and coaches.