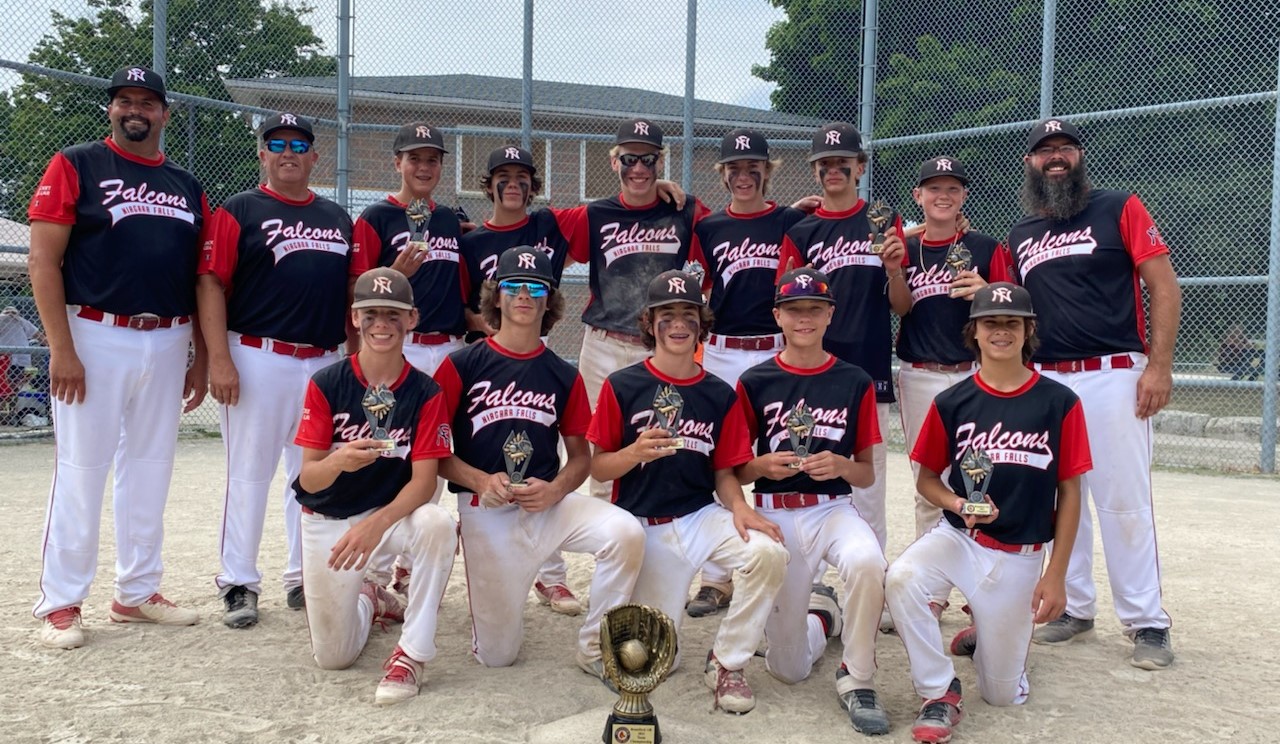 On the weekend of July 15-17, the 14U Niagara Falls Falcons team won the Brantford AA tournament in convincing fashion.  The only blemish was a 6-6 tie versus Royal York in the first game of the tournament.  After that, the Falcons beat the Mississauga Twins 16-6 and the London Tin Caps 18-2 in round-robin play.  The semifinal game was a rematch versus Royal York.  This time the Falcons won decisively by the score of 10-0 (one-hitter).  The championship game featured a battle with the Oakville As.  Capitalizing on five first-inning runs, the Falcons flew to an 18-1 (no-hitter) victory to secure the championship.

The coaching staff and association are very proud of the accomplishments of this team.  The big prize, however, remains on Labour Day weekend.  They will not rest of their laurels!  Next up for the 14U Falcons is a tournament in Orchard Park, NY the weekend of July 29-31.