Falcons 9U dominate the competition in tournament victory 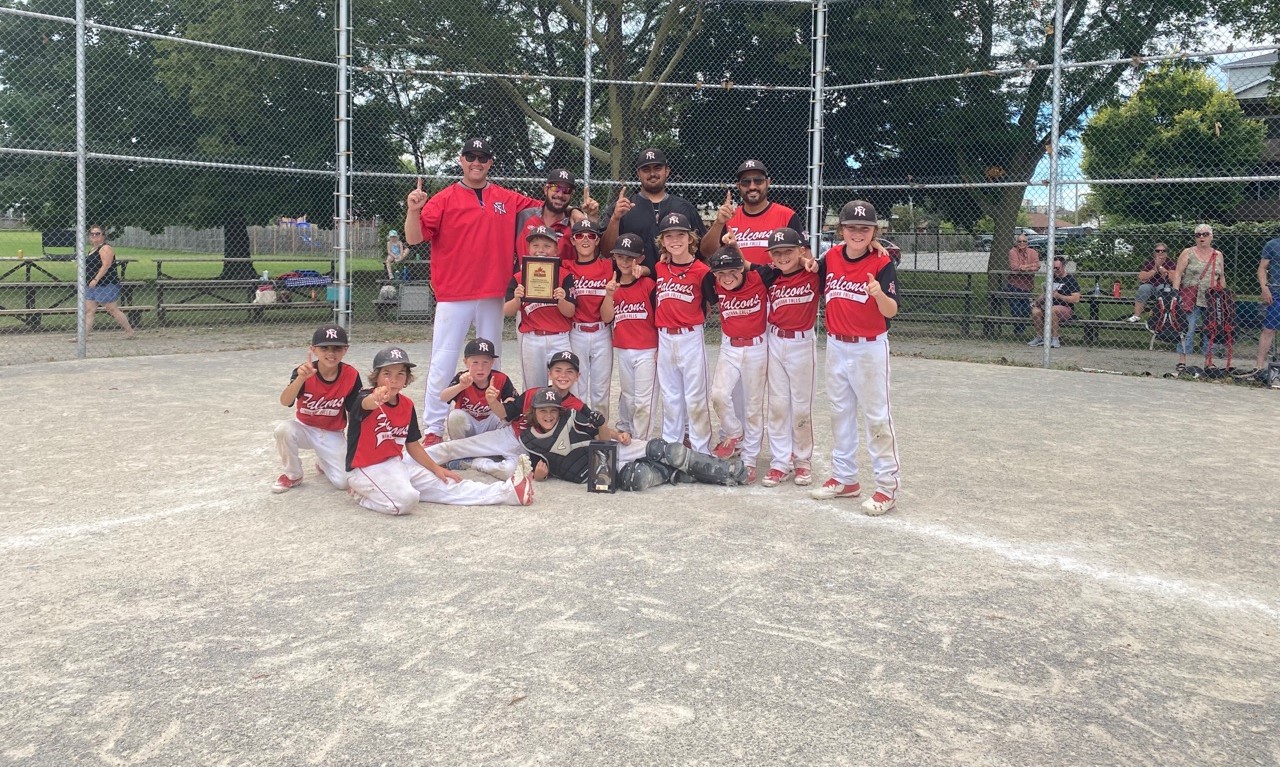 The Niagara Falls Falcons 9U team won their second straight tournament in dominant fashion this past weekend.  After winning their first three games without allowing a single run, the Falcons moved on to face a tough Brantford Red Sox squad but held tough with a 9-5 victory securing their place in the finals.  The Falcons would be challenged again in the finals against the Cambridge Cubs, but would not be denied taking home the championship with a 7-4 victory.